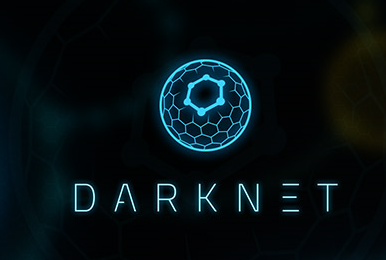 The Bitcoin has had a rough year in terms of value. After reaching levels of $1,200 per Bitcoin in the end of 2013, the Bitcoin has since then plummeted in value due to multiple different factors, the primary ones being caused by the underground drug markest who has been involved in several scams as well as having been closed down by federal services.

Cases like the now closed down SilkRoad, where the FBI closed down the Darknet drug marketplace and confiscated all funds on the platform, took a rough hit on the Bitcoin. Around 144,000 Bitcoins were confiscated by the FBI and auctioned off to people willing to buy the coins around the world, which initially made the Bitcoin value decrease, but later on began stabilizing.

Now there’s a new case with an underground Darknet drug marketplace closing down, but this time it was not done by any federal government, but instead by the owners. Evolution was the leading drug marketplace on the Darknet, having many thousand customers and dealers selling their stuff there every day and was the best marketplace so far according to Mike Power, Author of “Drugs 2.0: The Web Revolution That’s Changing How the World Gets High”:

“Evolution was the best-designed, best-coded and best-administrated of all the darknet markets. It had the look and feel of a legitimate website – pages loaded quickly and uptime was very solid. The guys behind it were old-school hackers and carders from the Tor Carding Forum, and had good technical expertise.”

The owners of Evolution decided to run off with the funds that they held for both customers and dealers, funds that would usually be available for daily cash outs in an automated system. Initially they turned off the automatic withdrawal system but later on it came out that they had decided to scam everyone and run off with the money. It is estimated that a total of $12,000,000 in Bitcoins were stolen from the users, Bitcoins that will now be available for others to purchase.

While all of this sounds like bad news to the Bitcoin, it might be positive for the overall perception of the Bitcoin. The Bitcoin is becoming an increasingly popular method of sending funds to other people without having to pay massive fees as well as a popular payment method for companies for exactly the same reasons.

With more and more of the illegal underground marketplaces shutting down, the criminals may be forced to look elsewhere for a way to sell their drugs, illegal services or even just launder money. This will lead to a better public perception of the Bitcoin, as well as for governments, and increase the amount of users and value in the long run.

So while the Bitcoin took a plunge in terms of value after the scam, going from around $295 in value to $260 at the time of this article, it will bounce back. The Bitcoin and all the backers are determined to make this a success, investing heavily in making it as safe and secure as possible and comply with international verifications and regulations.

Within a distant future the underground markets will no longer be able to have any effect on the value of the Bitcoin and it will instead be controlled by the civilized markets, who are working hard to bring the Bitcoin to new emerging markets, to third-world countries and to the mainstream public. The future looks bright for the Bitcoin, despite the many hick-ups on its way.