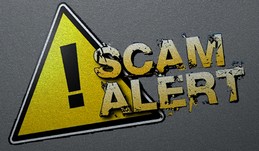 Because of the anonymous nature of Bitcoin, scams can be hard to detect. There is no way of knowing who is running a certain site, unless the management publicly displays that information. Through the past, there have been some sportsbooks that have proven to be fronts to scams, or have gone under for other problems and caused their members to lose all of their funds. Here are some of the more notable ones, to help understand some of the processes used so they can be more easily detected.

StakeBTC is a sportsbook that went offline in February of 2014 after being accused of scamming one of its players out of 46 BTC (which was around $26k at the time). The process of events is as follows:

After disputing this fact, StakeBTC claimed that the IP used to create the wagers was one of the two that the player had been using in the past, which the player denied.

Takeaway: Try to keep as few Bitcoins in your betting account as possible. With deposits and withdrawals costing nothing, it is a much better option to keep your coins in your wallet.

BTCSportsBet was a Bitcoin sportsbook that had been around since 2011. There was a lot of publicity surrounding it, and it was once declared as being the best bitcoin bookmaker. At the end of 2013, however, things took a turn for the worst.

A player made a report about having 8 BTC (around $6.7k) in winning wagers on the site that were unpaid and that his account ended up being closed. The site responded to him by stating that they would pay his balance, minus the winnings from the wagers, due to “irregular betting patterns.” They did follow through on paying out the remaining 27.53 BTC (around $23k) to the player, but refused to comment on why they were not willing to go through with his latest winning wagers. When pressed for more information, their only statement was that they will not tell what happened, and that they are a trusted site that deals with thousands of Bitcoins a month.

Takeaway: Opt for sites that have active customer service reps and a history of dealing with customer complaints in an open and reasonable manner.

4SportsPicks was part of a family of other sites owned by the same people, including ForSportsPicks (a domain which 4SportsPicks started using later on), PlayersBigWorld, Playing24Hours, 444Sports and SportsPlayingWorld. All of these sportsbooks came with the same problems: they were deposit-only. What this means is that players could make deposits on to any of the sites and make wagers, but if anything was won it could not be withdrawn. The trick to this is that it created the illusion that the site was operating normally, until someone won money. For those who were losing on their wagers, there was nothing out of the ordinary to tip them off, so it was possible for them to continue playing while thinking that the sites were legitimate.

Takeaway: Research a site’s average withdrawal times before you deposit. There’s no point hitting a massive parlay if you will never see your winnings.

PalaceBet came with a much different approach than most sportsbooks when it comes to scamming. This site used an elaborate scam that works as follows:

This entire setup seems fake just looking at it, so it’s a wonder how they were able to suck players in. With that said, there is an important lesson with this site: never send any site money in return for being able to withdraw what is yours. This is just a recipe for disaster, and is more than likely going to result in being scammed.

Takeaway: There are hundreds of sites out there peddling their tips and betting strategies. The truth is there are very few profitable handicappers out there and those that do make money will not be selling their tips when they can make much more money simply by betting them. Never pay for picks or let somebody claiming to be a pro bettor manage your bankroll.

BetCSI was sister site to another sportsbook, SelectWagering. These were responsible for doing cold-calling to get players interested in their site (with information pulled from other lists), and then attempting to get deposits. A big red flag with this site is that they offered up Paypal as a deposit method in spite of the fact that Paypal has disallowed gaming sites since 2002. The sites would not allow withdrawing of funds once they were deposited.

Betcas is a professional looking site that allows deposits using many different methods. As soon as you visit them, they look just like what you want to be going after when it comes to choosing a Bitcoin betting site. The problem with this one? While you can deposit using Bitcoin, you can not withdraw it. There have been reports of players having their entire balance confiscated under the guise of “regulation,” but Betcas are not willing to go in to details as to what the regulation is or how it impacts the players. As a result, they can wipe accounts at any time and do not have to do anything to explain why it happened; simply creating a false story instead.

It is also worth noting that this sportsbook brings up another lesson. They claim to be run by the “Irish Gaming Commission,” but this does not exist. Even if it did, their claim does not necessarily represent the truth. Always evaluate the claims you are given before you accept them. Even if a gaming commission is real, you will still want to contact them to verify that the site is under their jurisdiction.

Takeaway: If a site claims to be regulated by a gambling commission check their list of licensees. All major gambling commissions maintain up to date lists of their license holders. If you cannot find one, email them and they will reply, though this process may take a few days.

Coinbet is a Bitcoin sportsbook that had a great reputation, although some members of the Bitcoin community were having problems with them. Despite many warnings given out, players continued to join the site and make deposits because it was known by the community and was trusted.

A user named Michael Katz was the first to start noting problems. He joined the site and started seeing that his rollover requirement (which has to be met in order to withdraw on the site) kept increasing with his bets. This was seen as a bug, where it should be going down, rather than up. As he continued to deal with support, he was told over and over that he would just have to play more in order to clear his rollover. He ended up throwing down millions of dollars, only to find that the site was still not working as planned. It ended up with the site offering him a resolution where he could choose one of these:

He ended up deciding to publicize his experience with the site (along with copies of the support emails), after which he was threatened in that if he did so, his account would be closed (due to the terms of use being broken). He did this anyway, and shortly after the site closed.

Takeaway: This one seems obvious, but never trust a site that asks you to deposit more money in order to withdraw your funds. That is an extremely obvious tell tale sign of a scam and in 99.9999% of cases you will never see that money again.