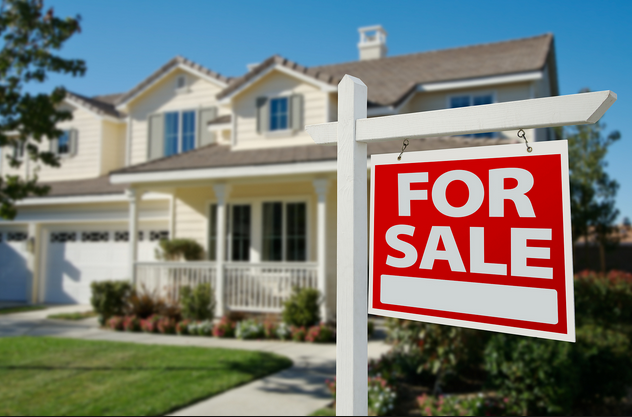 A luxury seven-bedroom, six-bathroom house for sale in Canada has been listed on the Beijing Craigslist website for an eye-watering 1,075 bitcoins.

The property advert, which was listed in the Vancouver suburb of Coquitlam at 1756 Hampton Dr. Located near the 18th hole of the Westwood Plateau Golf and Country Club, the advertisement has since been deleted by the author. However, according to the Tri-City News, a British Columbia-based news outlet, the advert, which went live over a month ago, featured photos of the home in addition to a write-up on its features.

Even though there was no information regarding the property’s owner, the home was listed through Vallee Real Estate Group by agent Eric Vallee, while the brokerage for the property was listed as Keller Williams Black Diamond.

Naturally, such a house posting was bound to receive some attention, given the fact that bitcoin was listed for its price.

Upon reaching out to Vallee, the Tri-City News were informed that he was out of the office, but that another employee by the name of Val Petrov would be handling any inquiries. Petrov, however, refused to discuss the matter when asked about the listing.

As of 26 June, 1,075 bitcoins equates to around $2.7 million. Interestingly, this price for the house is far higher than its listing on REW.ca, a real estate listing website, where its price is at $2.05 million.

Not the First Time

This, however, is not the first time that a luxury property has been listed for sale with its asking price in bitcoin in Coquitlam.

Last month, a 5,000-sq ft., five-bedroom, five-bathroom home on Firdale Street near Mundy Park was being advertised on the Hong Kong and Vancouver Craigslist real estate pages for 2,099 bitcoins. At the time that amounted to C$5.2 million.

Yet, while the postings had either been removed by the author or flagged for removal, it was still being listed on other sites, such as the Sutton Centre Realty page, where it was listed for a lesser price of $2.6 million.

Such a listing was unlikely to go unnoticed. However, with more questions than answers it appeared that someone would have to come forward and explain the situation.

Mario Figliola, the realtor who has the property listing, said the Hong Kong advert was a joke.

“I didn’t post that ad. I have found out who the ad was posted by.”

Figliola added that he had spoken to a friend claiming that he was having trouble selling the house since the introduction of the foreign-buyer tax the previous summer.

“He said, ‘I will find you a buyer’ and he posted an ad. It’s not the best thing to do. He is a comical kind of person. He was trying to make a joke.”

In Canada, regulations stipulate that during a real estate transaction bitcoin can’t be held in trust as it sits outside the regulatory guidelines applied to government institutions and banks. As such Figliola is clear when he states that he would not conduct such a large transaction with bitcoin.

Any Canadian real estate sales that are conducted in bitcoin potentially risk running afoul the Financial Transaction and Reports Analysis Centre (FINTRAC) reporting requirements. This is turn brings the legality of the house listings into question.

Naturally, such news then begs the question: is the latest house listing with a price in bitcoin a joke too?

Are the sellers simply having difficulties selling the house and want a bit of media attention to get some interest in it?

If regulations in Canada require a deal to be conducted in Canadian dollars, it seems unlikely that this is a legit posting that should be taken at face value. Not only that, but the posting is no longer available on the Beijing Craigslist website, which raises further questions behind the posting.

Another reason why these properties have been listed in bitcoin could be down to the fact that the housing market in Vancouver has stalled. It’s claimed that money flowing through the city’s house market has dropped by 42.1 percent.

This is partly the result of foreign buyers who are now experiencing more difficulty in buying property in the nation after a 15 percent property tax was added.

Furthermore, Chinese investors, who are keen property owners, can only convert up to US$50,000 per person, per year.

As such real estate in Canada is not what it once was, which could be why some estate agents are employing different tactics to attract people to luxury homes.

For now, it seems that paying for a property in Canada in bitcoin is not going to happen.

However, given the digital currency’s popularity, which is seeing an influx of foreign investors and its increasing value, it’s not hard to see why bitcoin was the chosen currency.

On the other hand, it’s also easy to see how some viewers of the property may have simply written it off, thinking the posting was merely a scam.

While people get scammed out of something in their day-to-day lives, when that occurs it doesn’t usually make news headlines or attract quite a buzz around it. If bitcoin is mentioned then it becomes a different story.

Of course, getting scammed out of bitcoin does take place too. This was the case with a Maryland man who wanted to buy a 1955 Chevrolet for $3,000 after seeing an advert for it. And how was the man supposed to pay? In bitcoin.

Unfortunately, while the Vietnam veteran paid more than the $3,000 for a car he had been searching for in the digital currency, he soon discovered that he had been scammed after he failed to receive his purchase.

Even though bitcoin is being used for countless good things that are helping people access money in a timely manner, it is also being employed by criminals who want use a currency that makes it hard to trace.

Thankfully, it’s unlikely that such a large amount of money is ever going to be transacted through bitcoin for a house sale in Canada, keeping people’s money safe to a certain degree.