Morgan Stanley: We Don’t Expect Cryptocurrencies to be Fully Disruptive 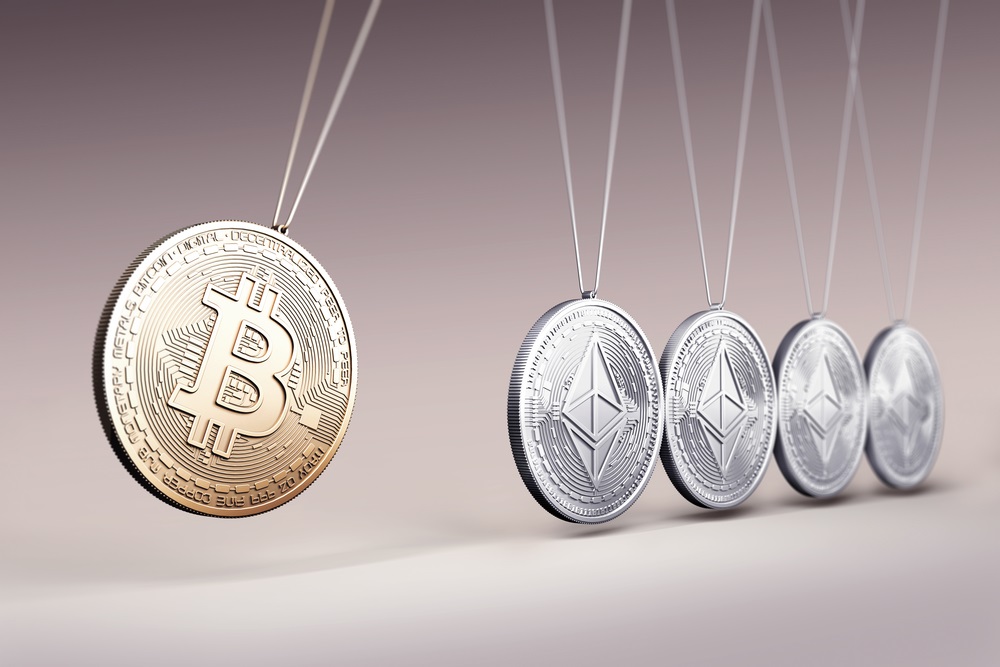 Leading global financial services firm Morgan Stanley has given its view as to how disruptive cryptocurrencies are going to be to fiat monies.

According to the bank, the crypto-revolution is not going to replace traditional currencies.

In a report, Morgan Stanley said:

“We think that cryptocurrencies as a group are likely to see some adoption outside of the incumbent financial system, but we do not expect them to be fully disruptive.”

In a ‘Fintech Gauntlet chart,’ Morgan Stanley has illustrated that disruption is possible, but it will be slow to take place. However, the bank suggests that only through regulation will cryptocurrencies be capable of gaining trust among the people. This will also enable them to enter the financial system.

The bank adds that digital currencies such as bitcoin are acting more as assets than as a way of transacting with.

“With high volatility, low acceptance, relatively slow transaction times, and negligible fraud/transaction validity advantages (at least for now), bitcoin (and all cryptocurrencies) are functioning more like assets than true currencies or transaction mechanisms.”

However, as the mathematical problems to unlock new bitcoins became more complex to solve, networks with greater power than home computers were set up to mine the coins. As a result, this requires the use of more power and electricity.

According to Morgan Stanley, in the early days of bitcoin the energy generated could power a small power plant. Fast-forward to 2017 and the power generated is more than enough to power one million homes.

Additionally, as reigning networks don’t require huge amounts of electricity to function, it will be interesting to see how cryptocurrencies continue to mature.

This isn’t the first time that Morgan Stanley has made a statement regarding the crypto market.

According to the bank, in 2016 the cryptocurrency was accepted at five of the top 500 online merchants. Yet, in 2017 that number had dropped to three. Of course, while the numbers may hardly be drastic, it does give some insight into what merchants are thinking. This is that accepting the digital currency may not be worth it.

It’s believed that this drop is down to the fact that people are more likely to hold on to their coins when its value goes up, rather than spend them.

“The disparity between virtually no merchant acceptance and bitcoin’s rapid appreciation is striking.”

Online retailer Overstock is confused. Confused by the fact that so many online companies don’t accept bitcoin as a payment option.

In July, Jonathan Johnson, the president of Medici Ventures, the venture capital subsidiary of Overstock, said that there had been a ‘modest’ uptick in the number of bitcoin transactions on the site. He also added that it was ‘crazy that so many retailers don’t accept bitcoin.’

One of the reasons may be down to the fact that retailers aren’t willing to pay for the costly transactions of bitcoin. Yet, Johnson believes this is irrelevant.

When Overstock first began accepting bitcoin in 2014, the company kept 90 percent of bitcoin and converted 10 percent back into cash. Now the company keeps 50 percent in bitcoin.

Such is Overstock’s commitment to the advancements of digital currency acceptance that the firm now accepts over 40 cryptocurrencies. Earlier in August, the company announced that it would allow customers to use major digital currencies such as ethereum, litecoin, Dash, Monero and bitcoin cash to buy online from Overstock’s nearly four million products. By integrating with ShapeShift, the world’s leading instant digital asset exchange, Overstock will be able to convert the cryptocurrencies into bitcoin.

“Overstock is pro-freedom, including the freedom of individuals to communicate information about value and scarcity without relying on a medium created through the fiat of unaccountable government mandarins. For that reason, we have been an early proponent and adopter of cryptocurrencies.”

Even though there are a handful of online merchants who accept bitcoin for payments such as Starbucks, Subway, Dell, Expedia and Microsoft, many would like that number to rise.

So much so that cryptocurrency fans launched a petition on Change.org urging Amazon to accept the digital currency. At press time, on the 25th August, there were 5,380 supporters of it with a goal of reaching 7,500.

Of those companies Airbnb was the first one to take up the offer in July. However, since then two other companies have followed suit: AT&T and American Airlines. Of course, this doesn’t mean the companies will automatically start accepting bitcoin. In fact the financial directors may simply just be taking the free coins on offer. Hopefully, though, in the not-so-distant-future more organisations will jump on board.

“I don’t know why a CEO wouldn’t want to make it easier for folks to spend money.”

Still a Long Way to Go

While the crypto market may be making an impact it still has a far distance to travel if it wants to disrupt finance. And yet, steps are clearly being made. The saying ‘Rome wasn’t built in a day,’ is very apt here and can certainly be applied to cryptocurrencies.

The finance world is witnessing a change in how people conduct their day-to-day finances and given time the digital currency market could replace incumbent networks.