According to the Japan Times, the move is to ensure that digital currency exchanges have the correct internal systems, such as protecting customer assets, in place. If not, on-site inspections will be carried out.

In April, a revised payment services law went into affect. This set out operational standards for digital currency exchanges in addition to recognising bitcoin as a legal form of payment. As a result, there has been strong trading from Japan, which helped push bitcoin’s price up to $5,000 at the beginning of September.

According to an FSA executive, the move is to ensure the development of the market and to regulate bitcoin exchanges.

“We pursue both market fostering and regulation enforcement. We aim for sound market development.”

By the end of September, all cryptocurrency exchanges operating in Japan are required to register with authorities. The revised law includes anti-money laundering (AML) and know-your-customer (KYC) regulations.

To monitor the more than 20 bitcoin exchanges in Japan, the FSA has established a team of 30 members with the relevant expertise. The team will determine whether the exchanges have the appropriate risk management measures in place, including how to respond to cyberattacks.

Japan is no stranger to incidents involving the lose of customer assets in the digital market. The now-defunct bitcoin exchange Mt Gox is well known for its notorious past. In 2014, the exchange collapsed, which saw the loss of millions of dollars in customers’ funds. The exchange’s failure is considered a vital component in pushing Japanese authorities to regulating the market.

This move comes at a time when Chinese authorities have outlawed initial coin offerings (ICOs).

According to authorities, ICOs are an illegal form of fund-raising that is open to:

After this announcement came the call to stop prominent domestic digital currency exchanges from operating in the country. Naturally, news of this saw market prices plummet. So much so, that on the 15th September, bitcoin’s price was trading at $2,947. As a result, its market cap was pushed down to $48.8 billion.

Following China’s move to halt bitcoin exchanges, several have already revealed when they will be closing. Chinese exchange BTCC is expected to stop functioning at the end of September. However, ViaBTC, will cease operations today, as of the 25th September. OKCoin and Huobi will halt their operations at the end of October. They have been given extensions due to the large number of users on their platforms and because neither listed ICO trading pairs.

Reportedly, ViaBTC will relaunch its platform overseas; however, it’s not know when the relaunch will take place.

Since achieving the $5,000 mark at the beginning of September, bitcoin’s price has been on a roller coaster ride. This has been greatly brought about by China’s move to crackdown on the market.

However, today, the digital currency is showing some signs of improvement. At the time of publishing, bitcoin’s price is trading at $3,897, a 4.81 percent rise in 24 hours. In seven days, though, its value has dropped by 1.23 percent. Its market cap is currently worth $64.6 billion. Yet, it still has a way to go before it can attain its $75 billion market cap it achieved at the beginning of September.

At present, the combined market value is worth $135.4 billion. This, too, is a significant drop from its near $180 billion market value from the start of the month.

Only time will tell whether bitcoin’s price can once again reach new heights. Despite this slight setback in price many people remain confident that it will rise again, even further than what has already been seen.

To the Moon for Bitcoin?

Tom Lee, a Wall Street strategist and co-founder at Fundstrat, an independent research boutique, providing market strategy and sector research, believes bitcoin will rise to $25,000 in five years. Additionally, he states that it will remain the best asset to invest in to the end of 2017.

In a report, Lee said:

“I unequivocally believe bitcoin is your best investment to the end of the year.”

These are similar comments he made in August when he said:

“It has a lot of characteristics that are very similar to gold that I think will make it ultimately attractive as an alternate currency. It’s a good store of value.”

According to Lee, there’s no point in projecting bitcoin’s price two months from now. Instead, looking at its long-term future is the way forward.

Bitcoin is ‘a Fraud’

Despite the confidence in the currency, not everyone thinks the same.

According to Jamie Dimon, JPMorgan Chase CEO, he thinks the cryptocurrency is ‘a fraud’ and that it ‘won’t end well.’

At a conference in New York, the banker said:

“It’s worse than tulip bulbs. It won’t end well. Someone is going to get killed. Currencies have legal support. It will blow up.”

Additionally, he stated that he would ‘fire in a second’ any employee found trading in the digital currency.

More recently, he took another shot at bitcoin claiming that it is a ‘novelty‘ and that it’s ‘worth nothing.’

In an interview, Dimon stated:

As such, this sort of creation, to him, is ‘worth nothing.’

One report suggests, though, that the CEOs of major U.S. banks are ‘probably afraid’ of bitcoin and the blockchain.

Rainer Michael Preiss, executive director at Singapore-based Taurus Wealth Advisors, thinks this is because cryptocurrencies are becoming a viable investment alternative for people. 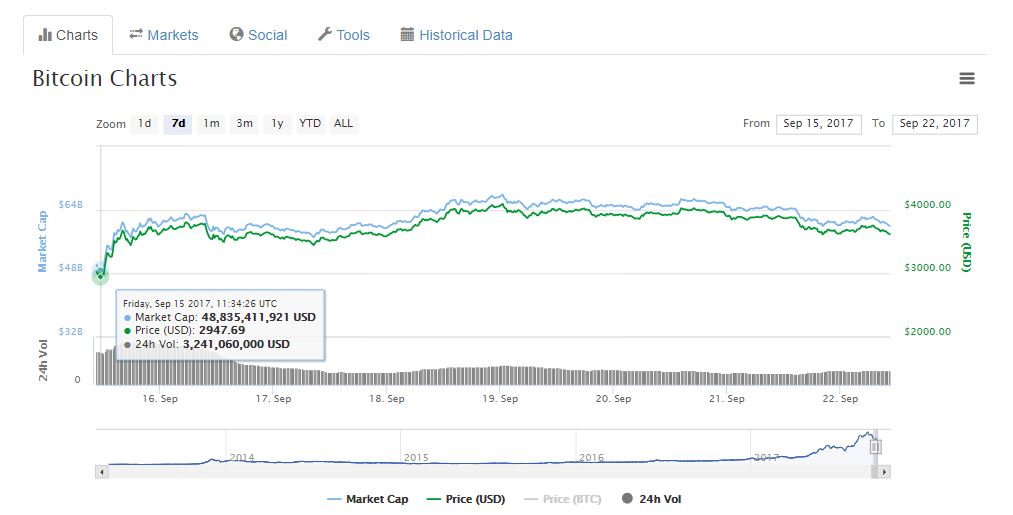